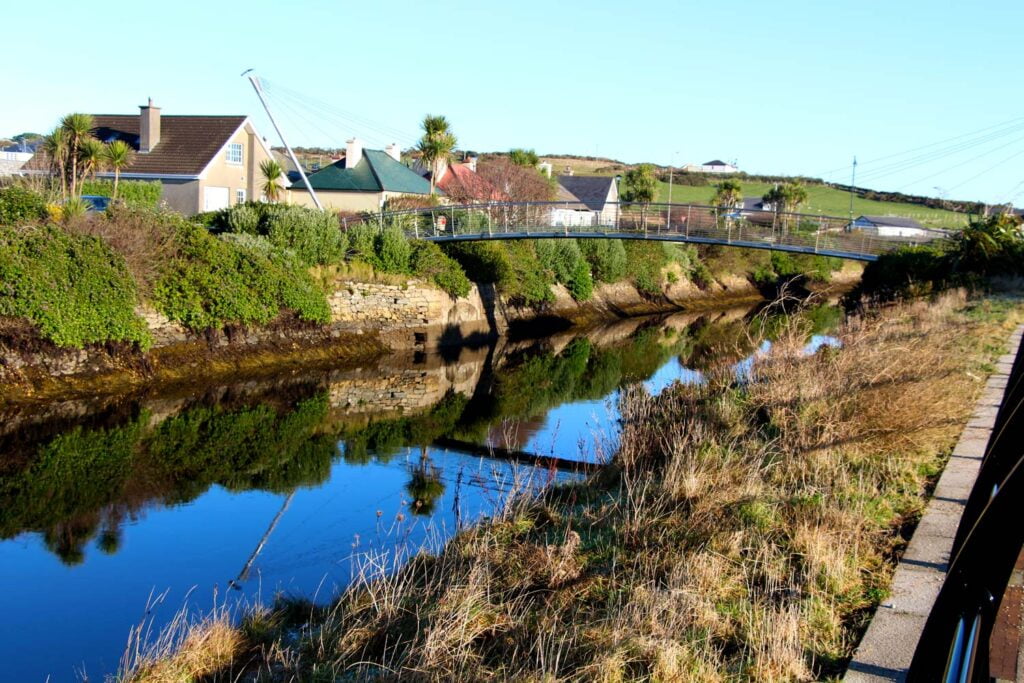 The initial bridge crossing the canal was a swing bridge which opened to allow ships to pass and was located at Chapel Street (where the foot bridge is today). It was replaced in 1904 with a lifting bridge at the same location in 1904. Shortly after its erection it was stuck in the upright position within three months of its installation and locals had to be ferried across until it was fixed. The bridge lifting mechanism finally stopped working in 1934. The buttress of this bridge can still be seen today. The current bridge entailed a change of location to American Street diverting traffic from the town centre and was erected in 1988.